Mui Ne, a kite surfer’s dream and wandering travellers haven, is an old school fishing village set next to a 10-kilometre stretch of road that takes visitors in and out with ease.

Why go to Mui Ne

Most travellers think of the entire area as Mui Ne, when in reality, Phan Thiet and Ham Tien are the spots drawing in most tourists; Mui Ne is simply a fishing village with a small town feel at the end of the road.

This city was once just a quiet, sleepy section of coast where fisherman came to provide for their families. The beautiful beaches and sports-perfect waves drew in a new crowd, though. Mui Ne isn’t set up for the high-rise loving, resort staying tourist; it’s made for laid-back surfers and travellers looking for a quiet, close-knit, beach community.

Some call Mui Ne the kite surfing capital of the world. The constant high winds and local surf shops make it the perfect place for beginners and experts alike. This seriously windy part of the coast also means you won’t get too hot spending a day at the beach, which is a quality hard to find in Southeast Asia.

If you’re looking for big nightlife or a highly active shopping scene, head to Nha Trang or further; Mui Ne has a tourist part of town, but it’s full of touts and catered for Russian visitors. Check it out, but make the sand and waves your priority here.

When to go to Mui Ne

Mui Ne is located in the driest part of Vietnam – the Binh Thuan Province – which makes it a great destination for those aiming to escape the regular rainy season; it doesn’t see much year-round.

If you’re looking to surf, head to this part of Vietnam between August and November, when waves are at their most active. December to April is when the beach and sea are at their calmest, so beach loungers should aim for this time of year. With high winds and a beating sun most days, plan to bring a ton of sunscreen and your regular beachwear.

Where to stay in Mui Ne

Phan Thiet, the main tourist area around Mui Ne, is where most visitors typically find accommodation. Hostels, guesthouses, and even some resorts call this part of town home. Quality and price vary greatly, but the good news is, in such a small city, distance from the beach doesn’t get too far.

That being said, some “beachside” hotels and resorts actually have a wall that backs up to the water, with little to no beach area for relaxing or hanging out. Make sure to research the area you want to stay in thoroughly to make sure you’ll actually have usable access to the beach if that’s what you’re looking for.

What to eat in Mui Ne

As with most other tourist destinations, the best food is where the locals are - usually a few minutes outside of the center of town. The same holds true in Mui Ne.

There are tons of restaurants located in and around the hotels, which mainly serve fresh, delicious food at low costs. For a truly authentic dining experience, though, take a stroll down the main highway and take your pick of local eateries.

Even better, hop on the back of a motorbike to explore the surrounding areas. Any restaurant you see packed to the brim with locals is likely selling fresh-caught, mouth-watering seafood, Vietnamese style.

Getting around in Mui Ne

Getting around Mui Ne couldn’t be easier. With one single highway running straight through town, there are only two directions to go – in or out. Rest assured, you won’t get lost here. If you do, just turn around and head right back in the direction you came from.

If you’re looking to go a bit farther afield, two options abound; you can either rent a bicycle or flag down a motorbike. We found bicycles to be incredibly convenient for exploring the nearby area. They’re cheap to rent and can be found almost anywhere in town.

While you can hire a motorbike for yourself, we don’t suggest it, as traffic rules are an afterthought here, and you’re legally required to carry a Vietnamese driver’s license. Instead, hire a motorbike taxi to take you around, and don’t pay more than VND15,000 to go anywhere in town.

Getting to and from Mui Ne

Getting in and out of Mui Ne is a breeze if you’re traveling within Vietnam. Buses pass through multiple times daily, and the town sits just four hours outside of bustling Ho Chi Minh City.

Several open tour buses operate Ho Chi Minh City–Mui Ne route and these include both The Sinh Cafe and Hanh Cafe. From Ho Chi Minh to Mui Ne, expect to pay around USD8 with the ride lasting at least five hours. Depending on which company you use, you can decide to opt for an overnight bus with sleeper seats.

Daily trains also operate between HCMC and Phan Thiet, which is the main stopping point for visitors to Mui Ne. This method of transport is both quicker, and sometimes cheaper, than taking the bus, although you’ll likely have to take a taxi to get to and from the train stations on both ends.

From HCMC to Phan Thiet, and vice versa, plan to spend about USD8-USD13 on a train trip that takes around 4 hours. The trains are comfortable, air conditioned, and quick. You’ll also have access to a restaurant car and some beautiful views if you’re lucky enough to grab a window seat.

Another option for travellers in a hurry is to hire a taxi or private car between Ho Chi Minh City and Mui Ne. The positives with this route are speed, convenience, and control. A taxi ride between the two cities is much faster than a train, and you have the luxury of traveling directly from your hotel in one city to your new accommodation in the next. You’ll likely find costs ranging up to USD170, but you also might find it’s worth the saved time and effort.

Lastly, if you’re heading to Mui Ne from outside of Vietnam, the easiest way to get there is by flying into HCMH and then using one of the other options listed above.

Mui Ne is relatively safe for tourists of all kinds. This small town doesn’t attract as much petty crime as larger cities in Vietnam.

The main things to watch out for here are tour agent scams. Know how much a tour or ticket should cost before heading out to buy one. If you don’t, you’ll likely be ridiculously overcharged for something extremely undervalued. 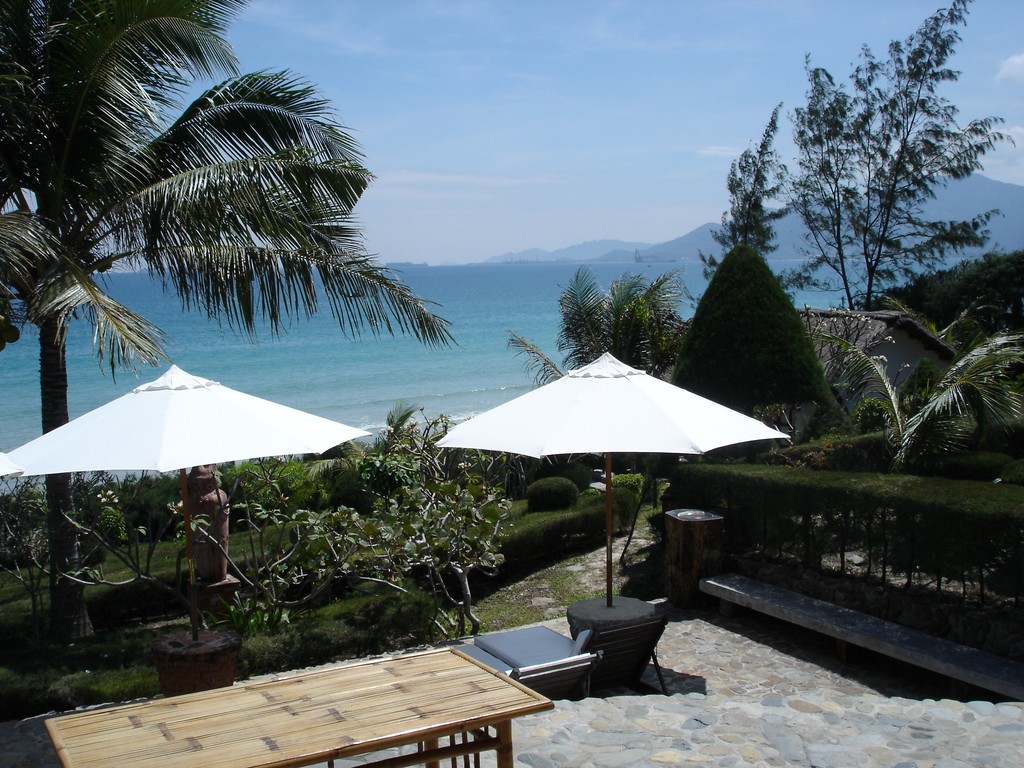 Places to eat in Mui Ne

The Tourism Association of Binh Thuan together with the provincial Department of Culture, Sports and Tourism have initiated a summer promotion campaign to attract more visitors. It is high time to visit Binh Thuan for less money!

Lomprayah ferries between Chumphon and the Gulf of Thailand island of Koh Tao have resumed service. A Lomprayah agent confirmed yesterday that the ferries were running again as the sea was a lot calmer than it had been on Tuesday.

A local developer has submitted an application to build an entertainment complex near the Vietnamese highlands town of Dalat. Dalattourist Company has sent the proposal to build a multi-facility leisure and adventure park to the People’s Committee in Lam Dong Province.