Transport in Laos – How to Get To, From and Around

Compared to other places in South East Asia, getting to Laos and moving around the country can be more challenging. The situation anyway have seen a lot of improvements over the last decade and with a bit of planning and some good advice independent travelers will easily find their way to any destination they want to visit in this marvelous country.

How to get to Laos

Laos has three international airports, with the main one being in the capital Vientiane. From there direct flights are available to Bangkok, Kuala Lumpur, Singapore, Hanoi, Seoul, Phnom Penh and a few destinations in China.

The second airport is in Luang Prabang. More convenient if you’re travelling in the north it offers direct flights to Chiang Mai is addition to some of the same destinations reachable from Vientiane. If coming from Cambodia, Luang Prabang can be reached from Siem Reap instead of Phnom Penh.

The smaller international airport of Pakse in the south of the country has direct flights to Bangkok, Ho Chi Minh and Siem Reap.

If you’re flying from anywhere else in the World, the cheapest way to get in is from Bangkok or Kuala Lumpur to Vientiane. A one way flight from both those places can be booked for roughly LAK350000. Consider to spend at least double this price if flying in from any of the other possible choices.

The international carriers serving Laos are Lao Airlines, Air Asia, China Southern, Thai Airlines, Bangkok Airways and Vietnam Airlines. Check directly on their website for updated prices. Keep in mind that the better deals disappear quite quickly so booking well in advance is the best option. When booking make sure that the check-in luggage is included if you have one. Some of the low cost companies like Air Asia might apply extra fee for that.

Several border crossings are open for foreigners willing to enter Laos by land. Visa on arrival is usually available for many nationality and it can be valid 15 or 30 days. Double check at a Laos embassy or consulate (or on line) to make sure you’re eligible for a visa on arrival. Getting a visa at the border might take a long time if there’s a lot of people. In this case international buses will more than likely not wait for you. When you book an international bus make sure they wait for people without visa. The other option is to get to the border, get a visa, cross it independently, and find public transportation on the other side.

Thailand is a major entry point for people travelling to Laos. Several border crossings are available. The busier one is the friendship bridge connecting Nong Khai to Vientiane. Vientiane is 20 km away from the border but plenty of public transportation options are available from cheaper public buses to more expensive private taxies. Entering Thailand from Nong Khai is the cheaper option to get to Laos. From Bangkok you can expect to pay LAK150000 for an overnight bus to the border.

Not far away the Ban Mo/Vientiane has recently allowed foreigners to enter Laos but it is extremely inconvenient. The boat crossings the Mekong is infrequent and no visa on arrival is granted.

Mukdahan /Savannakhet is another easy entry point. A lot less crowded than Nong Khai/Vientiane, they offer Visa on arrival. Transportation available on both side of the border.
If travelling to the south of Laos, the border Chong Mek / Vang Tao is the more convenient. Vang Tao is an hour away from Pakse and public transportation is available. Chong Mek can be easily reached from Ubon Ratchathani. Visa on arrival available.

Huay Xai/Chiang Khong is the best choice if crossing between north of Thailand and Laos. Connection available from Chiang Rai on the Thai side and Luang Prabang on the Lao side. Visa on arrival available.

There’s only one border crossing between Laos, Veun Kham, and Cambodia, Dom Kralor. Visa on arrival is available on both directions. Don Khong Island is the closest destination on the Lao border, while Stung Treng is the closest town in Cambodia. Transportation is available on both side, but an international bus is recommended in this case. It costs a little bit more but they take care of all the process and everything it’s a lot quicker. Plus this border has several reports on internet from tourists being ripped off on both sides by immigration officials asking for stamp taxes which are not necessary. A direct bus between Don Khong and Stung Treng should take 2 hours in total. If done independently, the whole process can take up to 8 hours.

Six border crossings are open to foreigners, making it easy and straightforward to move between the two countries wherever you’re headed to. Entering Laos a visa on arrival is available at all the entry points while crossing the border the other way you will need to get a Visa in advances. Vietnam consulates are available in Vientiane, Luang Prabang, Pakse and Savannakhet.

Dansavanh / Lao Bao is one of the most popular, with direct buses to/from Savannakhet. Nam Phao / Cau Treo in the central part of the country is the easier way out if coming or going to Vientiane. Vinh is the closer city in Vietnam. Sop Hun / Tay Trang in the north, is the most convenient choice to/from Luang Prabang or Luang Namtha.

One border crossing is open between Boten (Laos) and Mengla (China). Visa on arrival to Laos is available, while if you want to enter China you’ll need to get a Visa in advance. International buses travel between Luang Namtha and Mengla (LAK50000, 2 hours).

How to move around Laos

Flying is a convenient way to move around. The tree main airports are Vientiane in central Laos, Luang Prabang in the north and Pakse in the south with multiple daily flights operating between the three cities every day.

In addition many other popular destinations have smaller airports with several connections to the previous ones. Savannakhet, Huay Xai, Udomxai and Luang Namtha are the main ones.

Lao Airlines is the bigger national carrier while Lao Skyway is a smaller low cost company with less flights. Expect to pay around LAK600000 for a one way ticket when booked in advance. It might look a lot more expensive when compared to a bus ticket, but this will save you plenty of time. A trip between Vientiane and Luang Prabang will take less than an hour, while using a bus it can take up to 12 hours.

By bus and minibus

If you’re coming from Thailand, you’ve probably been spoiled with modern buses with comfortable seats, plenty of room legs, travelling on well-maintained roads that will make even a long overnight journey a piece of cake. Moving around Laos is not exactly the same. While the main transportation hubs such as Vientiane, Luang Prabang, Pakse, Savannakhet and Udomxai are well connected, getting to smaller destinations might be an adventure by itself.

All the bigger cities usually have two bus stations, an old central one with only local transportations, and a newer one out of town for long distances.

Most of the time you will have the choice between a VIP bus and a local one. Don’t be fooled by the name. The VIP ones are still old buses for western standards, but at least they have air-con, a bit more room for your legs and usually a toilette.

The good news is that buses are extremely cheap in Laos. For a 10 hour journey (Vientiane to Savannakhet for example) you can expect to pay LAK75000 for a local bus or LAK120000 for a VIP one.

The most popular routes can be covered also by minivan. The price is usually similar to the VIP bus and they’re quicker than them. We wouldn’t recommend it for longer distance because the space is very limited (especially at the back) and safety doesn’t always look to be the driver’s main concern.

What was once a very common way to travel is now losing its appeal since the roads condition has been greatly improved over the past few years, especially on the main roads connecting the bigger cities. A few routes are still very popular among tourists and it’s easy to understand why. Descending the majestic Mekong River by boat is not only a mystical experience, but it’s also a breathtaking journey due to the stunning scenery. The main tourist route is the one connecting Hua Xai to Luang Prabang. The slow boat will take 2 days to complete the journey (LAK220000), while a most expensive speedboat (LAK350000) will cover the distance in 6 hours. Unless you’re really short on time, we don’t see any advantage of using the latter, which are nothing more than a narrow longboat with a powerful engine (again the name is quite deceiving). They’re extremely uncomfortable and way more dangerous than the slow boat.

How to move around individual destinations

Local buses are usually available to reach smaller destination and to move around the main cities. They are old, slow and extremely cheap. Because of the language barrier it can be quite hard to understand their route. The same thing happens with public songthaews, the most common mean of transportation for locals, and widely available everywhere to move around town or for shorter distances. A songhtaew is a covered pick-up truck with two benches at the back that you’ll find everywhere in in South East Asia. Sometimes they travel for longer routes where public buses are not available, but as you can imagine the trip will be highly uncomfortable.

Tuk tuks and motorbike taxies are available in the bigger towns. An easier and private way to move between your guesthouse, the main attractions, the airport and the bus station.

Renting a motorbike is a great option that will give you more freedom to explore. All the main cities have rental shops with choices between automatic mopeds and bigger motorcycles more suitable for longer distances. Almost all the guesthouses will be able to find a motorbike for you even in the smaller towns. Prices start at around LAK50000. If you’re planning a longer motorbike trip be ready to find poor roads conditions as soon as you move out of the main roads. Passport is usually required as a deposit while no one will ask you for a license.

For shorter distance there’s also the choice to rent a bicycle with pricing starting at LAK15000. 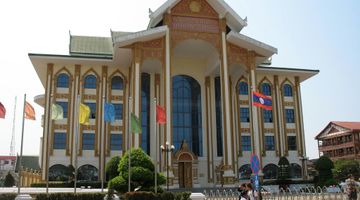 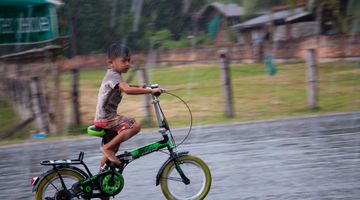 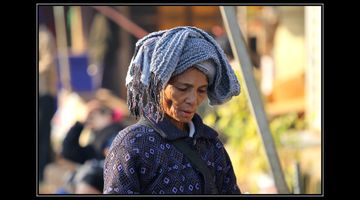 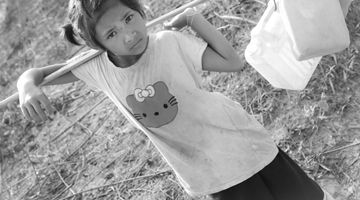 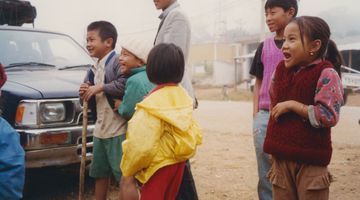 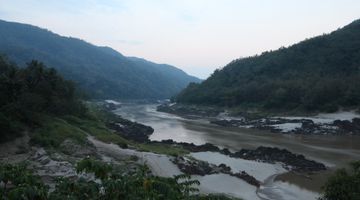 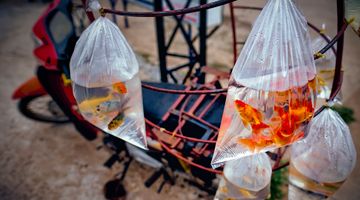 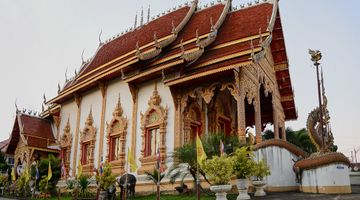 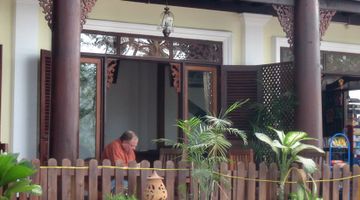 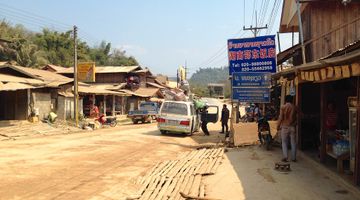 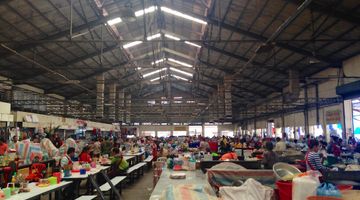 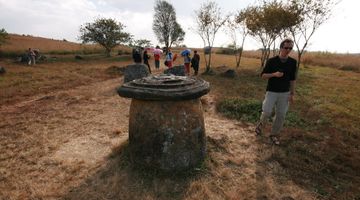 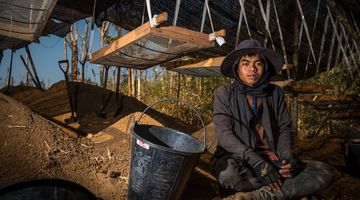 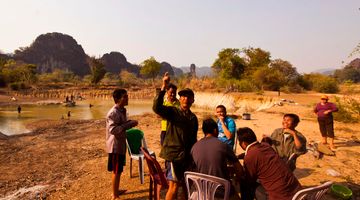 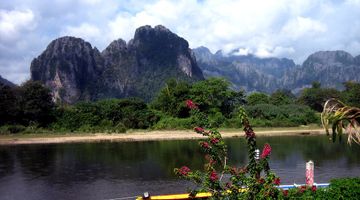 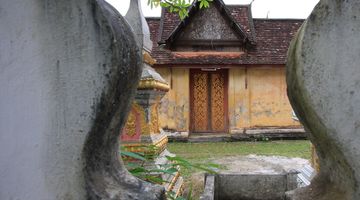 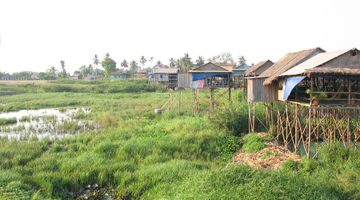 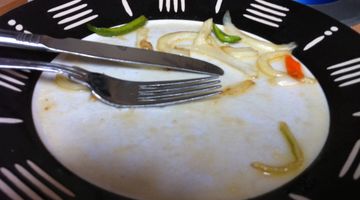 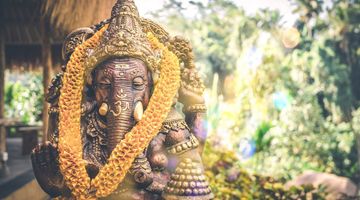 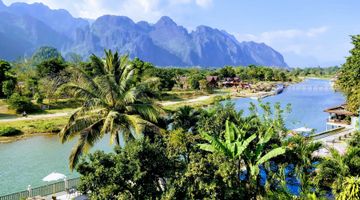 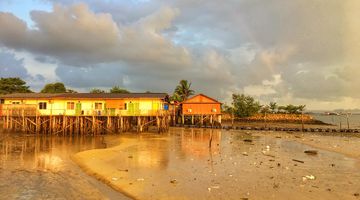 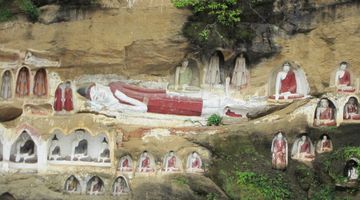 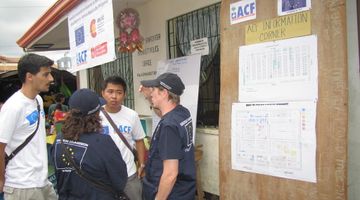 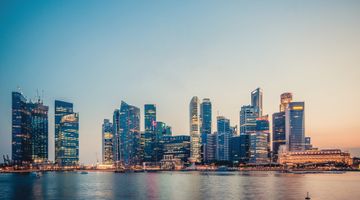 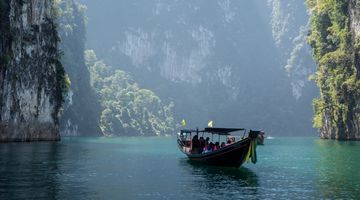 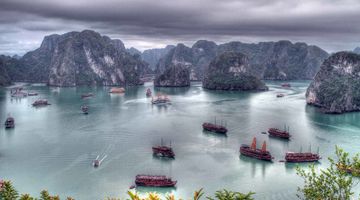