Leshan is a small city in Sichuan province around 120km south of the provincial capital of Chengdu, Leshan is most famous for its cliff-side carving of a giant Buddha and Mount Emei, both are World Heritage Sites.

Why You Should Visit Leshan

Leshan city has good links by road and rail from Chengdu making it very easy to visit the two main attractions that are visited by millions of tourists every year.

The Leshan Giant Buddha is the world’s biggest cliff-carving of a Buddha at 71 metres in height and took 90 years to be completed from 713 until 803 during the Tang dynasty.

The Mount Emei Scenic Area or Emeishan is a wonderful mountain full of Buddhist temples; the first monastery was built here over 1900 years ago.

One of Leshan’s lesser known attractions is the Jialing steam train. It is the only steam train left in service in China and runs on a 20km line from Shixi to the Huangcun coal mine in a remote mountainous area close to Leshan city. Local villagers use the line as their only link to the outside world, tourists come for the attraction of the steam train.

When is the Best Time to Visit Leshan?

Leshan’s climate is best described as mild but humid. The winter is short with mild and dry weather. Snow is extremely rare although you can expect some overnight frost. The average temperature in January is 7.2C. The summer temperature can regularly be in excess of 30C with high levels of humidity and lots of rain. Over 70% of the annual rain will fall from June until September. Spring or autumn are the best times but it is best to avoid visiting the attractions here during the Chinese holidays. The first time I visited the Giant Buddha was during the May Day holiday, while the crowds did not seem too bad, the lines waiting to visit the carved Buddha were horrendous, over four hours queuing time.

Where to Stay in Leshan

Leshan is quite a small city so the options of where to stay are a little bit limited, the Taoyuan Hotel is possibly the best hotel for its varied room choices and is conveniently located across from Leshan port where you can take a 30 minute boat trip to view the Buddha. The rooms cost from CNY80 for a basic room, a standard double is CNY230, luxury twin rooms cost CNY260 and a suite from CNY888. The Haiyun International Hostel on South Renmin Road has dorm rooms with beds costing from CNY50. Luxury hotels are yet to arrive in Leshan, the Jiazhou Hotel is a very nice 3 star hotel while the Jinhaitang Hotel, next to Haitang Park is listed as the only 4 star hotel in the city.

Where and What to Eat in Leshan

In Leshan you have traditional spicy Sichuan cuisine and this is available just about anywhere within the city. Leshan also has a few local foods of its own and is well known for its own style of bean-curd and for its rice cake. There is a very good restaurant next to the Haiyun Hostel, the Small Bean & Begonia is nice and modern with some great tasting food with prices starting from CNY9 to CNY15 per dish. They also have Wi-Fi. Zhanggongqiao Jie is a great place to go for street food in Leshan, there are not really any bars in the city so go here, get some Barbequed food and a few beers, just as the locals do.

How to Get Around Leshan

Leshan is a small city so it is easy to get around, pedicabs are a convenient option for short journeys and they are cheap.

There are 8 bus routes in the city numbers 3 and 13 will take you to the entrance to the Giant Buddha.

Taxis are a relatively cheap option with a charge of CNY5 for the first two kilometers, and then it will cost CNY0.70 per km after that. They are slightly more expensive between 10.30pm and 6am. Taxis in Leshan are very strictly monitored which is good for passengers, they have to use the meter and drivers are fined for not doing so.

There are 9 fast trains from Leshan to Emeishan each day taking 15 minutes and costing CNY11 for a second class seat, although it is probably more convenient to use a bus direct to the scenic zone.

How to Get To and From Leshan

Leshan Railway Station is located about 10km from the centre of the city, taxis from here to the city will cost about CNY25, and CNY30 to go direct to the Giant Buddha. Bus lines 1 and 3 serve the station. Leshan is on the line from Chengdu to Emeishan, you can reach Chengdu South in 47 minutes and slower trains take up to 90 minutes costing CNY51 for a second class seat. Chengdu East will take between 60 and 90 minutes and a seat will cost CNY54. If you wish to go beyond Chengdu then the cities of Mianyang and Jiangyou are directly connected with 8 trains each day taking less than 3 hours.

In 2019 the high-speed line from Chengdu to Guiyang will come into service, the opening of this line will bring direct trains to Leshan from Guiyang, Guilin, Shenzhen and Guangzhou. The journey time from Guangdong’s Pearl River Delta will be less than 8 hours.

Leshan has three long distance bus stations, Central Bus Station (also known as Xiaoba Bus Station), Leshan Port Sight-seeing Bus Station and Lianyun Bus Station. The Central Bus Station is the busiest of the three and is located on Jiading Road. You can take local bus services 6 and 9 to reach this station. The major destinations here include Chengdu with over 100 buses departing daily from 6.30 am at ten minute intervals. There are 12 buses each day going in each direction to and from Chongqing and leaving every 50 minutes from 6.30am.

The Leshan Port Bus Station is where tourist buses depart heading to Emeishan and to the South Gate Bus Station in Chengdu. Lianyun Bus Station is used for smaller cities and towns located in the surrounding areas.

In addition to taking the ferry to see the Giant Buddha from the river, you can also take ships from Chongqing, Yibin and Luzhou to reach Leshan.

Is it Safe in Leshan?

Leshan is a safe place for foreigners, there are a few foreigners that live here in the city and they have no problems. In areas where crowds are assembled such as the bus stations, markets etc you may find a problem with pick pocketing or other similar crimes. The best advice is to keep any valuables out of sight and to be vigilante of your belongings when in a crowd. While visiting attractions such as the Giant Buddha wear sensible footwear and take care when negotiating the hundreds of steps down and then up. At Emeishan there are lots of monkeys that live wild in the park area, they will try to steal food so do not eat in front of them or you will probably lose that food and possibly your bag if that is also full of food.

If you need medical attention then there are hospitals in Leshan that can assist you, although there is no guarantee anyone in the hospital can communicate with you in English. Weather and the Best Time to Visit China

Track-laying works in the frame of Chengdu-Guiyang high-speed railway project were finally completed earlier this month. Currently some sections of the railway, mostly in Sichuan province, are already in use. The whole railway line is expected to become fully operational by the end of this year.

The Sichuan local government has closed the Chengdu Leshan Giant Buddha for maintenance. The iconic Buddha image has been covered by construction nets since October and it still remains unclear when visitors are able to see the statue again. So plan accordingly.

Top 10 Most Colourful Festivals In China A Comprehensive Guide to Chinese Visa

Trains in China – Your Quick Guide to Railway Travel In China

Food in China: What, Where and for How Much to Eat Best Travel Tips for Your Travel in China Top-15 Destinations To Visit In China 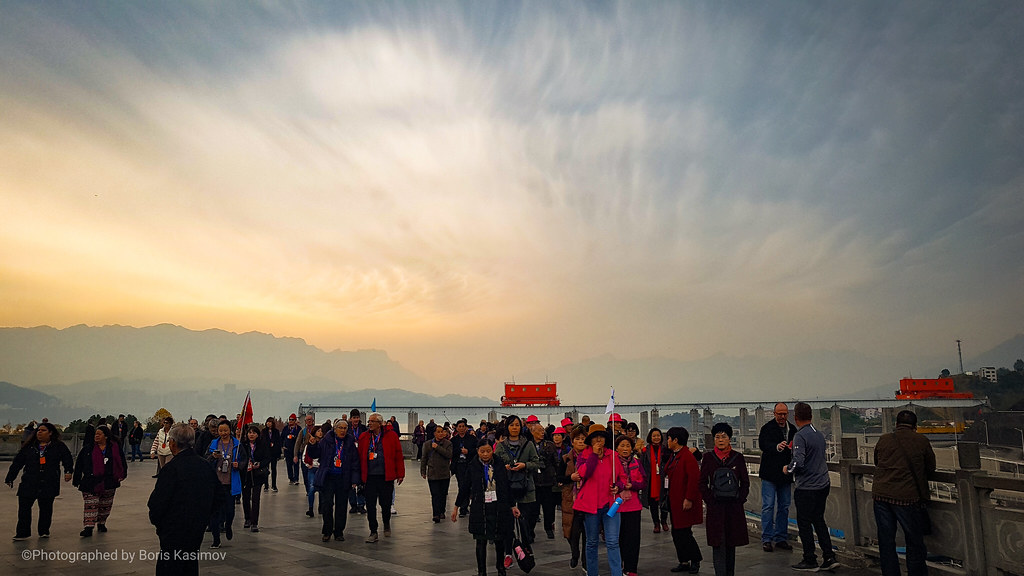