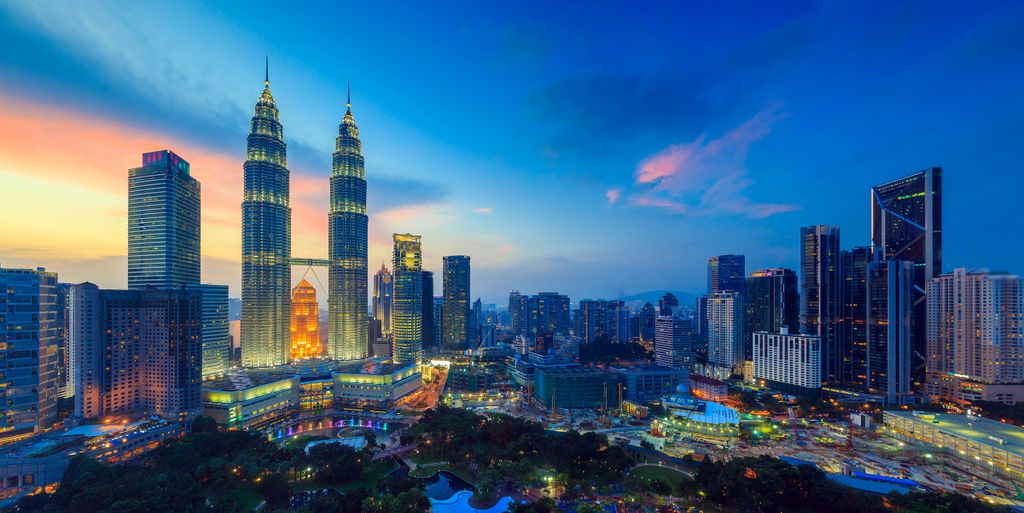 With at least three airlines operating daily flights between Yangon and the capital of Malaysia, getting to Kuala Lumpur from Yangon has never been easier. Taking a direct flight is the most sensible way to go – though you can consider connecting via Bangkok or Chiang Mai wish you split your journey into two parts or even covering all the 2,200 km between the two cities by a combination of buses and trains – if travel per se is your main objective.

From Yangon to Kuala Lumpur by direct flight

AirAsia has two flights a day – at 8.30am and 7.10pm. Malaysia Airlines and Myanmar Airways International operate a code-sharing flight at 11.15am. All flights land in KLIA, though AirAsia is based in the low-cost airlines terminal KLIA2 and the two other companies fly to the satellite terminal. Flying time is 2 hours 45 minutes.

Price-wise the best deals are often offered by AirAsia, especially if you buy during their sales periods well in advance; but even with minimal flexibility count to get tickets for USD50-USD60, though you will have to pay extra for any other services except just flying: for checked-in luggage, meals on board and check-in at the counter.

Malaysia Airlines and Myanmar Airways International are usually a bit pricier and offer tickets starting from around USD70.

From Yangon to Kuala Lumpur by connecting flights

Two best alternatives to a direct flight from Yangon to Kuala Lumpur are connecting via Bangkok or Chiang Mai.

Note that in this case you will need to buy two separate tickets and technically enter Thailand. Though Thailand grants a lot of nationalities a free 30-days stamp, it always pays to check visa requirements for your passport in advance.

Flying via Bangkok even if neither money not time saving, may prove more convenient as there are about two dozens of daily flights between Yangon and Bangkok performed by a number of companies. Flying time depends on the company you travel with and is from 1¼ hour to 1¾ hour. Thailand-based low-cost carries including Thai AirAsia, Thai Lion Air and Nok Air fly to Don Mueang airport in Bangkok. If you are after the cheapest tickets, check these ones first – you can often grab a deal for about USD30 with any of them.

Myanmar-based Myanmar Airways International and Myanmar National Airlines, as well as Thailand-based Bangkok Airways and Thai Airways are a far way much more expensive with airfare starting from as much as USD200, though Bangkok Airways does sometimes offer surprisingly good deals. All the four above-mentioned airlines land in Suvarnabhumi airport in Bangkok.

Similarly, you have a good choice of flights from the both Bangkok airports to Kuala Lumpur: the low-cost club members fly from Don Mueang with Thai AirAsia and AirAsia alone offering a dozen of daily flights to KLIA2. Usual airfare starts from USD60, flying time is 2 hours 15 minutes.

From Yangon to Kuala Lumpur overland

Going from Yangon to Kuala Lumpur overland is not about means of transportation; it is rather about full-time travel. Technically you can get from Yangon to Kuala Lumpur in about two days including all the connections and border crossings, but it actually makes no sense unless you plan for a separate journey which will include a variety of destinations to check en route – from sleepy Mawlamyine in Myanmar with incredibly rich colonial heritage to lush tropical islands in the Andaman both in Thailand and Malaysia.

Check our ‘From Kuala Lumpur to Yangon’ page for more ideas on what to include into your overland travel itinerary – we mostly focus on island-hopping there.

If islands are not your thing, skip the Andaman Coast traps in Thailand and consider calling to the royal resort city of Hua Hin or getting close to nature in the midst of the lush jungle of Khao Sok National Park instead.

Why go to Kuala Lumpur

There is a whole bunch of interesting destinations south of Kuala Lumpur which can be easily reached by land.

It is only 150 km from Kuala Lumpur to Malacca (Melaka), dubbed Malaysian Historical State, a melting pot of cultures and religions; and Johor Bahru, sitting close to the border with Singapore, makes for a convenient base for further travel south or jungle trekking in Endau Rompin National Park. It can be easily reached by bus or by train with a layover at Gemas.

You can take a direct bus or flight from Kuala Lumpur to Singapore or choose any other international destination with direct flights from KLIA worldwide.

Transportation from Yangon to Kuala Lumpur