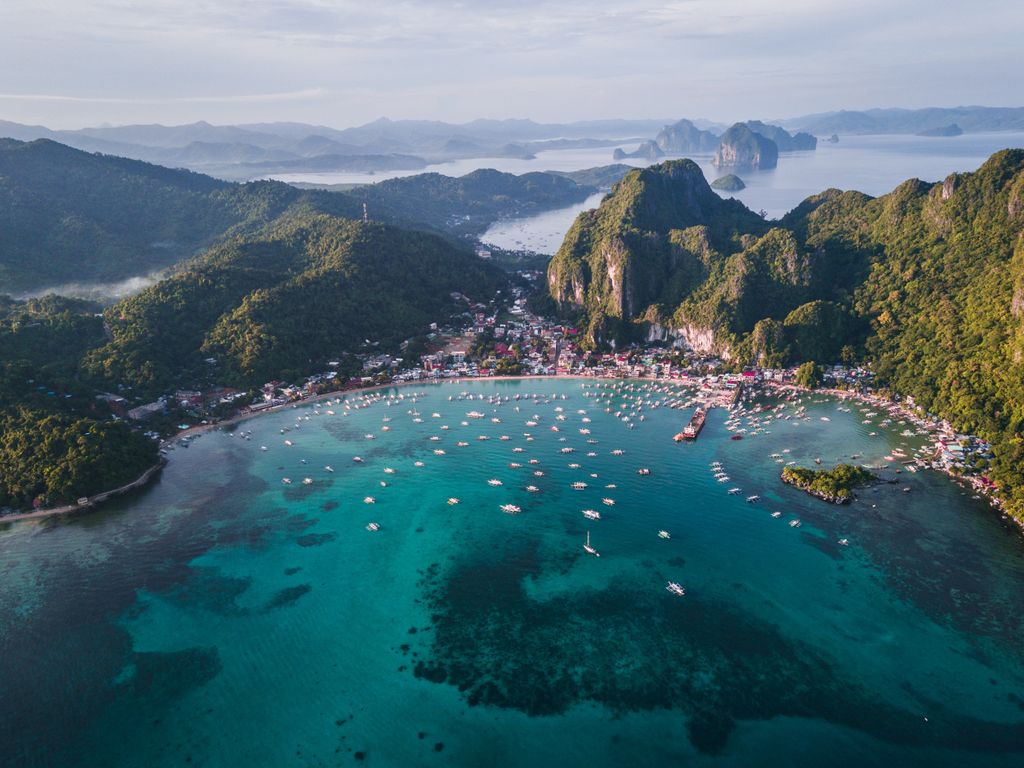 Compared to several years ago, there are now plenty of options in regard to traveling from Palawan to Manila. In fact, there are a number of airlines that offer flights from cities around the province. Flying will be the easiest and the most convenient way to travel and it can be as cheap or expensive as you want it to be. The slowest option is to go by boat and it may not always be a smooth sailing experience.

Palawan is located approximately 795 kilometres from Manila. On the average, flight time is around 1 hour 15 minutes. Travelling by water, however, can take you up to 30 hours.

If you are flying from Puerto Princesa or Coron to Metro Manila, the average airfare should be around PHP3,600. Traveling in style aboard seaplanes from different locations in Palawan will understandably cost more. The cost of the sea travel meanwhile ranges between PHP1,500 and P6,000.

Ferries from Palawan to Manila

Your budget for the sea voyage between Palawan and Manila largely depends on your choice of cabin you need. It is reasonable to expect that it will set you back between PHP1,500 and PHP6,000.

Be warned that the sea route between Palawan and Manila is considered to be one of the most perilous in the country. Not only that, the actual travel time can stretch on for up to 30 hours so make sure that you are well-prepared for the journey. It is also recommended that you choose only the most reputable company. We suggest travelling with any of the vessels of 2Go.

Note! 2GO sails from Puerto Princesa to Manila on WEDNESDAY and SATURDAY.

You can check their website for a more updated schedule and rates. As of this writing though, there are two trips weekly from Puerto Princesa and Coron. St. Augustine of Hippo departs Puerto Princesa every Wednesday and Saturday at 11.59pm. If you are leaving from Coron, the ferry bound for Manila departs the pier every Thursday and Sunday at 4.30pm.

Unless you are travelling in either the stateroom or suite rooms, it is best to pack your own blanket and other travel amenities and toiletries. There are several types of cabins ranging from shared space with bunk beds that can either be air-conditioned or non air-conditioned to a more comfortable cabin class. If you prefer to travel with maximum comfort, you can always book suite or staterooms. As far as facilities are concerned, there's a salon and spa onboard, a convenience store, charging stations, reception, and even a karaoke room.

Flights from Palawan to Manila

On the lower end, flying from either Puerto Princesa or Busuanga (Coron) to Manila will cost you around PHP2600 while on the higher end expect to shell out PHP5,000 up. It is obviously more expensive if you are flying with one of the boutique airlines from several locations throughout the province. It is safe to assume that you'll be spending somewhere between PHP6,000 and PHP14,000 one way.

The three airlines that regularly fly from Puerto Princesa in Palawan to Manila are Philippine Airlines, Cebu Pacific, and Air Asia.

These airlines with the exception of Air Asia also have daily scheduled flights departing from Busuanga (Coron).

It is also possible to leave the island directly from selected resorts in Coron via Air Juan. The same airline also has flights within Palawan covering the following routes: Cuyo, Puerto Princesa, Busuanga, and San Vicente. If you are departing from El Nido, you can head straight for Manila via Air Swift.

If you are looking for the cheapest airfare, both Cebu Pacific and Air Asia frequently offer great deals so it is a good idea to follow their social network sites to keep abreast of promotions. Seat sales are usually scheduled around major holidays in the country so watch out for that.

On the average, the flight time from Palawan to Manila last for 1 hour and 15 minutes.

Transportation from Puerto Princesa to Manila