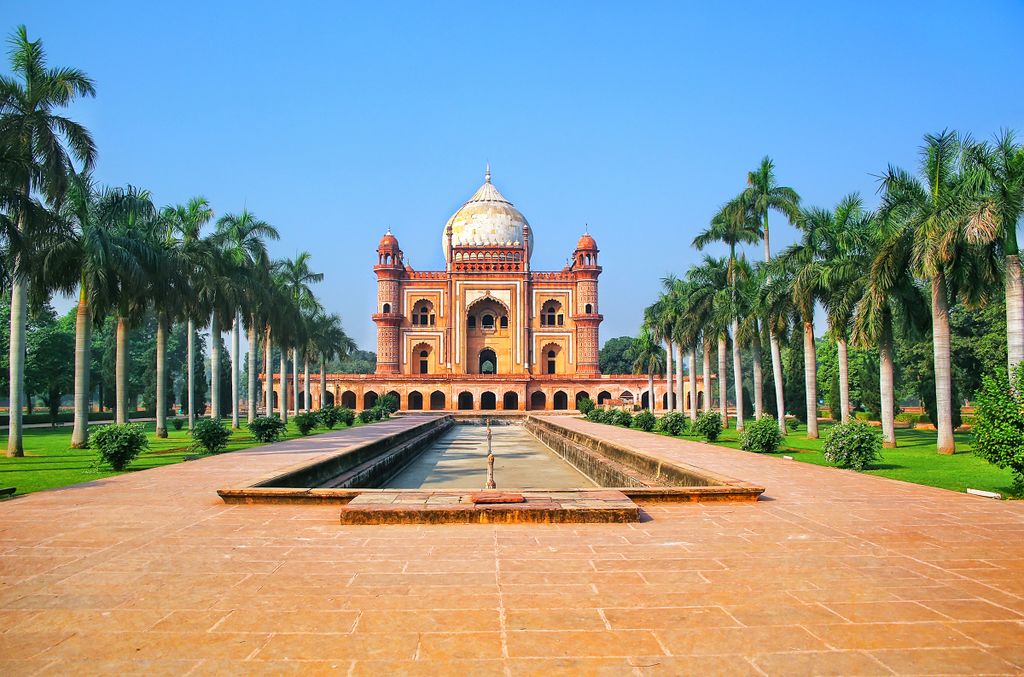 There are several ways to travel from Chennai, which is in South India to Delhi in North India. The fastest and most convenient way is to take a flight, but taking a train or buses is also an option. For budget travellers, taking the train is the cheapest travel choice.

Depending on the transport method you chose, prices vary. Plane tickets cost around INR 4000 while train tickets in a second class compartment are similarly priced - between INR 3500-4000. Taking a bus will be slightly cheaper, but involves several bus changes. The whole journey will be approximately INR 4500.

Flights from Chennai to New Delhi

If you chose to travel by air, prices will vary according to the class and airline you chose. An economy class ticket on a budget airline from Chennai to Delhi will cost INR 3500. A ticket on a regular airline will be INR 5000. To get the best rates, book online on websites like MakeMyTrip, ClearTrip and Yatra and book your ticket well in advance.

Budget airlines which fly from Chennai to Delhi include Indigo and Spicejet while the more high end carriers are Vistara, Jet Airways and Air India. All airlines allow 15-20 kg of free check in baggage along with a carry on but the budget ones will not serve complimentary food or water so carry some along. You can buy them on board, but the rates are quite high. Domestic flights in India do not serve alcohol on board unless you are in the first class.

Buses from Chennai to New Delhi

There are no direct buses from Chennai to Delhi, but if you’d like to travel by bus, you can take e.g. a bus from Chennai to Pune, followed by Pune to Ahmedabad and then finally a bus from Ahmedabad to New Delhi. Each bus ticket will be between INR 800- 1500, so totally the trip will cost around INR 4500. Popular carriers include Eagle Travels and Patel Travels.

The entire journey will take you approximately 55 hours road time, but you should also consider transferring to different buses and waiting time when calculating the total travel time. The roads are generally smooth but there are a few roads which go through hills so be sure to take some medicine if you get motion sickness.

As there are several bus carriers from city to city there are regular departures, albeit from different bus stops across the cities. Most buses are night buses although there are a few early morning departures. Each operator has different cancellation policies, but one would have to inform them at least 24 hours in advance of the cancellation to be considered for a refund.

Most private bus companies have the same amenities on their buses. They are air-conditioned with partially reclining seats and ply through the night. There are no bathrooms on board but the bus will stop every few hours. Most buses will play an Indian film on overhead televisions in the evening.

Bus travel can be challenging because of the amount of times you’d have to change buses.

Train from Chennai to Delhi

Trains are convenient options to travel from Chennai to Delhi as they are regular and fairly comfortable. Tickets cost between INR 500- 3000 depending on the class and train you chose.

The journey will take around 36 hours and will include frequent stops at major stations on the route.

There are several trains which go from Chennai to Delhi so there are regular departures. Most are in the early to mid-morning with a few departing from Chennai late at night.

There are several classes on each train from the sleeper class (SL) to the first class AC. The second class AC is recommended as it has four to six berths, accessible moderately clean toilets, air-conditioning and pillows and blankets. Travellers are also served meals if they are in the second AC class.

First class AC, which has two to four berths and air-conditioning is also an option. It has cleaner bathrooms, shower facilities and an attendant. However, the price of a ticket for this class is similar to a flight ticket at INR 4000 - 5000.

If you’re on a budget, opt for third class AC, which has more berths in each compartment, less privacy and does not include meals.

Transportation from Chennai to Delhi

IC
Isabel C
The train departed punctual but arrived almost an hour later to the destination. I and my husband got food poisoning from the train food. There were no new blankets for the pillows when we got it. The cleaning staff doesn’t clean very well. The upper bed is too cold with air conditioning. The sits are confortable. We saw a rat walking in the floor. The toilets were ok.
Train #12651 3A - AC 3-Tier Sleeper, Indian Railways, Aug 7, 2019
NY
Nicole Y
Easy to book with and train is was I look like I'm the picture
Train #12621 SL - Sleeper Class, Indian Railways, Jul 12, 2019
AQ
Andrew Q
Really good service overall, clean berths and toilets, helpful staff, perfectly adequate food available, train arrived on schedule. A comfortable 36hrs!
Train #12615 1A - AC First Class Sleeper, Indian Railways, Dec 6, 2018
4.4
3 customer reviews
5 67%
4 0%
3 0%
2 33%
1 0%