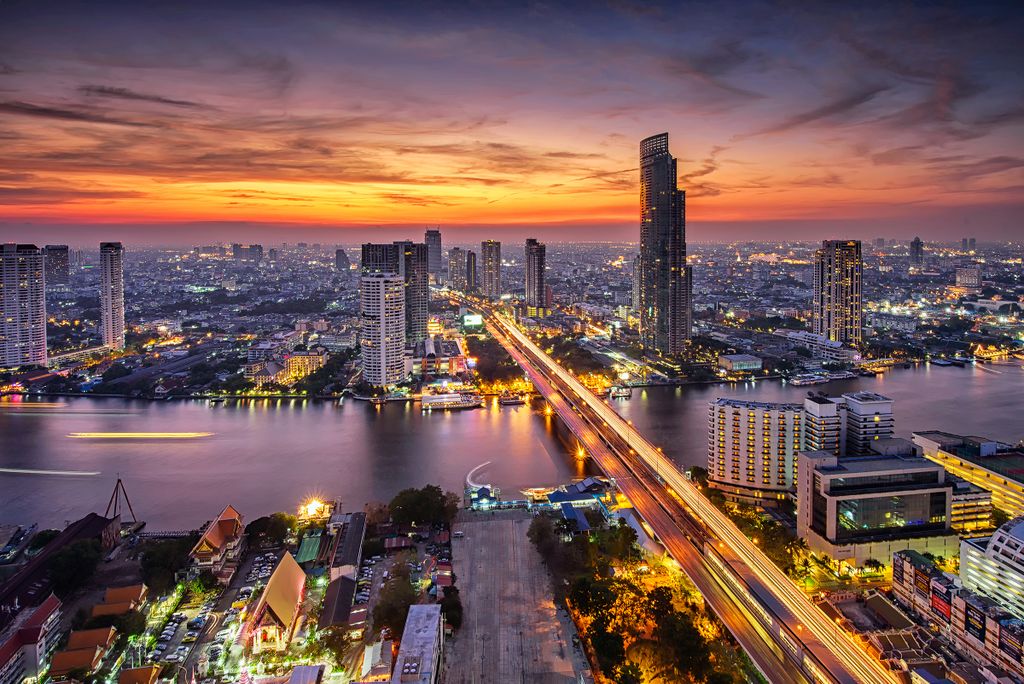 Transportation from Buriram to Don Mueang

BV
Benjamin V
Quite some delay :(
Bus VIP, Sawadee Surin (สวัสดีสุรินทร์), Nov 12, 2019
AM
Alison M
Yet another smooth transaction thank you
Train #140 2nd Class Sleeper AC, Thai Railways (การรถไฟแห่งประเทศไทย), Oct 8, 2019
DM
Darren M
This trip there were no blankets available and the toilet was extremely smelly. Bus was 1.5hrs late which would effect passengers with connecting transport. Other than that trip was good
Bus VIP, Sawadee Surin (สวัสดีสุรินทร์), Oct 8, 2019
MH
Mark H
Train arrived on time and the 2nd class a/c sleeper was clean and cool. As the train left Buriram at 23:45hrs all the beds were made up and were comfortable and I had a good night’s sleep waking only once or twice as the train stopped at stations on its way to Bangkok. The guard advises you that they will turn beds back into seats at 6am and this they did with the minimum of fuss. The toilet at the end of the carriage was basic, functional and clean. Two basins with running water were located alongside. Frustratingly but typically the train arrived into Bangkok station about 40 minutes late as the journey slowed to a crawl punctuated by stops in order for barriers to be closed as the train crosses the busy roads of the city. But all-in-all a decent, low cost journey from centre of Buriram to the centre of Bangkok. Tickets all arranged by 12go.asia without fuss or problem and were waiting as instructed at my hotel in Bangkok on arrival. Well done 12go.asia and Thai Trains!
Train #140 2nd Class Sleeper AC, Thai Railways (การรถไฟแห่งประเทศไทย), Oct 8, 2019
IP
Iztok P
Great ride, shorter than predicted, very friendly staff. Too cold, a/c very strong.
Bus VIP, Sawadee Surin (สวัสดีสุรินทร์), Oct 8, 2019
ML
Marc L
Very professionnal and good service. Quick feed back on request. I strongly recommend this company. Also driver was respectful of speed limits and kind.
taxi SUV 4pax, Thailand Limo by Datum (บริษัท เดทัมกรุ๊ป จำกัด), Oct 8, 2019
DV
Daniel V
Excellent ...temperature in the cabin was not cool enough however.
Bus VIP, Sawadee Surin (สวัสดีสุรินทร์), May 13, 2019
FW
Frederick W
Although the bus trip itself was good, departure was at 1115 and not 1025 as shown on your website. Arrival in Mochit was at 1650. When my lady friend inquired as to bus departure time from Prakhon Chai at the Sawasdee Surin office in Prakhon Chai, the man on the desk was rude to her.
Bus VIP, Sawadee Surin (สวัสดีสุรินทร์), May 2, 2019
PF
Paul F
No problems. Trains were clean and only a little late.
Train #24 2nd Class Sleeper AC, Thai Railways (การรถไฟแห่งประเทศไทย), Mar 16, 2019
GT
Guy T
Les nouveaux trains sont très propre et confortable. Sur la couchette du haut le souffle de l'airco est fortement atténué dès que le rideau est fermé. Le train est assez silencieux, mais les rails n'ont pas la même jeunesse que le train. Le bruit et les secousses sont importants.
Train #24 2nd Class Sleeper AC, Thai Railways (การรถไฟแห่งประเทศไทย), Mar 9, 2019
4.4
44 customer reviews
5 52%
4 27%
3 16%
2 5%
1 0%

How to get from Buriram to Don Mueang

When you want to get from Buriram to Don Mueang, you have a few options to consider. Traveling between these destinations is possible by different means of transport:

If you’re looking for a quick trip, it’s recommended that you use Flight. However, if you’d rather take your time with a slower, more affordable travel option, you can book a Train ticket.

The cost of travel will depend on the means of transport you choose for your trip. A taxi ticket is the most expensive option - it will cost you about USD 194.16. If you want to save on transportation, it’s better to take a train as a train ticket costs as low as USD 5.72.

How far is Buriram from Don Mueang?

How long does it take to get from Buriram to Don Mueang?

The travel time from Buriram to Don Mueang can vary depending on the mode of transportation you choose. All things considered, the whole journey should take from 1 to 8 hours.

How much does it cost to get from Buriram to Don Mueang?

The cost of the trip from Buriram to Don Mueang varies according to what means of transport you choose for your journey. The most affordable operator is Thai Railway (การรถไฟแห่งประเทศไทย): travelling by train expect to pay as low as USD 5.72 for your ticket.

However, if you’re after more upscale travel . The most expensive variant is to opt for a taxi - a one-way taxi ticket can cost as much as USD 194.16.

Here is a chart of the average ticket prices and transportation options available from Buriram to Don Mueang:

How many trips per day are there between Buriram and Don Mueang?

Taxis are a good option to consider for this route, too. Book a cab to take you from Buriram to Bangkok any time of the day.

Traveling by plane is the fastest way to get from Buriram to Bangkok. While it’s often the most expensive option, tool, occasionally you can grab promotional tickets for more or less the price of a train or a ferry ticket. Normally, the minimum you need to pay for a Plane ticket is USD 34.65.

Taking a bus from Buriram to Bangkok is cheaper than flying. Quite often, a long-distance bus is the cheapest transportation option. Buses normally make bathroom and/or lunch stops along the way.

Catching a cab is the easiest way to get from Buriram to Bangkok. It allows you to tailor-make your trip, plan all the detours and see all the places you want. You can choose the type and the size of your car as well to be as comfortable as you'd like to.

Things to remember: It's a good idea to follow the route on Google Maps or any other GPS navigator.

Things to remember while choosing a train ticket:
Consider everything carefully while choosing the class of your train travel. In most cases, the second class is comfortable enough – it features 2 or 4 berths in each compartment and is often air-conditioned.

The most popular transport from Buriram to Don Mueang

How to choose the most convenient way of travel from Buriram to Don Mueang? In order to make your choice of transportation easier, we asked 1000 users to range their preferences for this route. Here are the results of the poll: