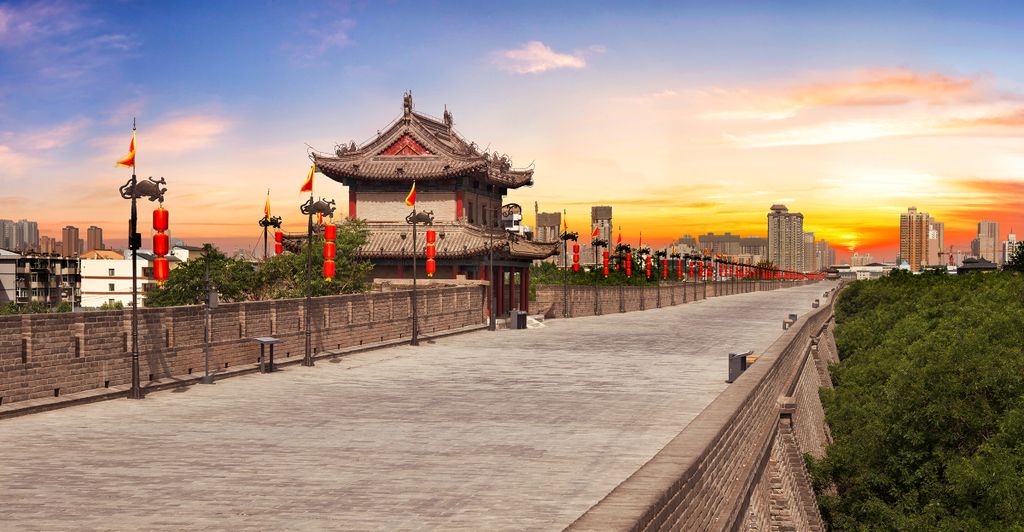 Your main three options when travelling from Beijing to Xian are train, intercity express bus or flying. Flying is definitely the fastest while the train is the cheapest and probably the most convenient option as well.

How far is it from Beijing to Xian?

The overland distance between these two cities is 929km or 528 miles.

How long does it take to get from Beijing to Xian?

It takes from 2 to 2.5 hours to fly from Beijing to Xi’an. High speed trains take 4.5 to 6 hours to bring you to your destination while an intercity express bus completes the distance in 12 hours.

How much does it cost to travel between Beijing and Xian?

Flying costs between CNY650 and CNY2070 for an economy ticket while a first class air ticket can cost almost CNY6500. The intercity express bus costs from CNY260-280. The cheapest ticket on the train costs CNY148.50 while a second class seat on a high speed train costs CNY515.50.

How to get from Beijing to Xian by train

How long does it take to get from Beijing to Xi’an by train?

The 16 high speed trains go to Xi’an North Railway Station and take from 4.5 to 6 hours. There are 7 slower normal trains every day and they take from 11 hours up to 15 hours to complete the journey.

If you need to complete your journey on the same day a high speed train is the best option. If you prefer to take a slower train then an overnight sleeper is the better option.

How much does it cost to get from Beijing to Xi’an by train?

You can book tickets up to 28 days in advance of the scheduled departure date.

There are dining cars on trains in China, but the process of ordering and paying for food is purely in Chinese. The prices charged are also very expensive.

The toilets on slower trains are squat type, not always clean after several hours of use although the standards are better on high speed trains with some western style toilets available.

How to get from Beijing to Xian by bus

From Beijing the only long distance bus operating to Xi’an departs from Yongdingmen Long Distance Bus Station in Dongcheng district. It is located close to Beijing South Railway Station. To get there, take subway line 4 or 14 and use exit B1. It is then a few minutes walk to the bus station.

In Xi’an the bus will arrive at Sanwufan Long Distance Bus Station just to the east of Xi’an Railway Station. There is just one departure every day at 11am.

How long does it take to get from Beijing to Xi’an by bus?

The journey by bus takes approximately 12 hours but note that currently there are no night buses serving this route thus you will virtually loose the whole day.

How much does it cost to travel from Beijing to Xi’an by bus?

This journey by bus costs from CNY300 up to CNY350. It is cheaper in the middle of the week (Tuesday to Thursday). There is only one scheduled bus each day its departure time is 11am.

Normally buses can be booked up to 7 days in advance. If you need to travel on a specific day it is advisable to book in advance.

There are toilets on board although the bus does make regular stops using motorway service areas.

Air conditioning and heating is used when required and it can be excessive.

All communication on the bus is in Chinese.

How to get from Beijing to Xi’an by plane

All flights from Beijing to Xian depart from the Capital Airport and arrive at Xi’an Xianyang International Airport.

How to get to the Capital Airport from the city centre?

From Beijing city centre there are 16 shuttle bus lines operating from 4.30am until 10pm and cost from CNY20-30. A journey by shuttle bus takes between 70 and 100 minutes.

A taxi from the city centre will cost from CNY100-150 to the Capital Airport and take about 70 to 90 minutes.

How to get from Xi’an airport to the city centre?

On arrival at Xi’an airport there are several shuttle bus services to take you into the city centre for CNY25, they take about one hour and run frequently at about ten minute intervals during peak periods.

How long does it take to get from Beijing to Xi’an by plane?

There are about two dozens direct flights every day from Beijing to Xi’an and it takes between 2 and 2.5 hours to reach Xi’an from Beijing.

How much does it cost to fly from Beijing to Xi’an?

The cheapest flights are economy class costing from CNY650 up to CNY2500. It can cost up to CNY6500 for a full price business class ticket on this route.

The cheapest tickets are available on the early morning flights.

Avoid travelling if you can at peak travel periods as there are fewer deals available for cheaper tickets at these times.

Transportation from Beijing to Xian