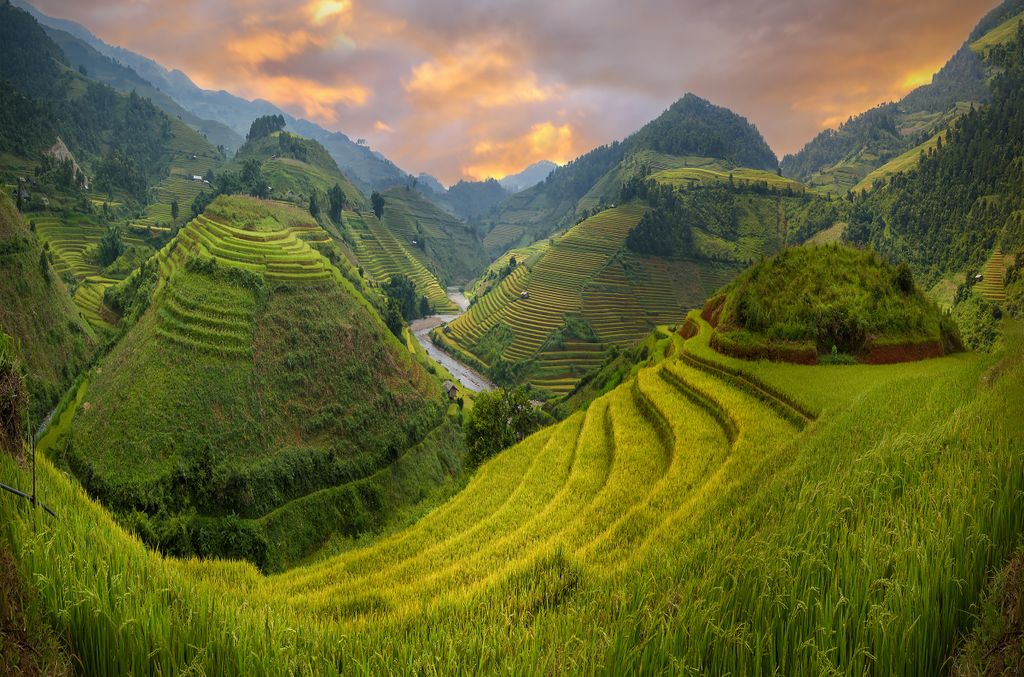 Home to the world-famous rice terraces, Banaue is located approximately 300 kilometres northeast of Baguio, no matter whether you pass via Bontoc or Santiago. It is accessible only overland via buses or vans and the travel time should take between 9 and 11 hours.

Bus from Baguio to Banaue

There are several bus companies that serve the Baguio-to-Banaue route.

Ohayami Trans travels to Banaue twice daily at 8pm and 9pm. In Baguio their terminal is located at Otek St. in Burnham Park and tickets cost between PHP500 and PHP600 depending on the type of the bus.

There are also Ohayami Trans buses bound for Lagawe that departs at 9pm. Once you are in Lagawe, take a jeep or tricycle to Banaue. Jeepney fare should be around PHP30 and travel time should not take more than half an hour.

The Kiangan Motor Systems or KMS also serves the same route. Their buses are stationed near Rizal Park and they have two scheduled trips daily at 8am and 9.30pm. The bus fare should be about PHP500 as well. Another option is to take a KMS Liner or Terraces Transport from Nelbusco Station bound for Kiangan and complete your journey by jeepney.

Van from Baguio to Banaue

Taking a van is also an option. Indigenous Tourist Transport Alliance Group operate 12-seater vans – they are stationed at the northern part of Burnham Park right next to Victoria Apartments on T. Alonzo Street. Their vans leave from 6.30am and every 2 hours thereafter until 7.30pm. Travel time is estimated to be roughly 8 hours and the fare should be around PHP450.

Please note that though vans are faster and can be cheaper we normally recommend taking a bug bus for journeys over 5 hours.

Bus types, onboard service and road conditions between Baguio and Banaue

Ohayami Trans have air-conditioned buses – the same which serve the Manila-to-Banaue route.

Other buses that travel between Baguio and Banaue are mostly non air-conditioned, often with hard non-reclining seats. While no A/C is generally not a problem as the weather is cool up in the mountains, ‘first come-first seated’ system is definitely not what you enjoy most during longer trips. In peak season expect totally cramped buses with all the aisle spaces filled by passengers and their luggage. Dress comfortably and bring an extra sweater especially if traveling at night.

Road condition is good so your ride will not be bumpy.

As far as reservation goes, ordinary buses do not normally require any reservation, but more comfortable VIP by Ohayami Trans do – especially if traveling during peak season.

Transportation from Baguio to Banaue