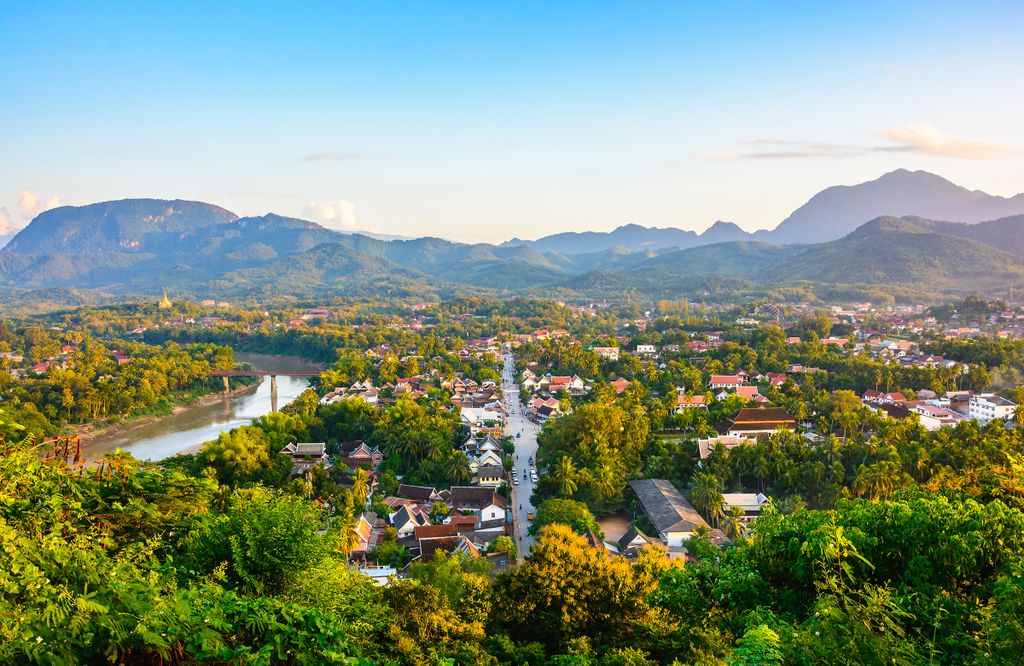 AK
Alan K
Were not informed coach terminates at Veng Viang and change to minibus.. 5 others in same position. Language problem but okay in end. Glad I went by road - great experience
Van Van or Bus, Soutchai Travel (ບໍລິສັດ ສຸດໃຈທ່ອງທ່ຽວ ຈໍາກັດຜູ້ດຽວ), Mar 4, 2020
DB
Danny B
The bus was on-time (actually got to Luang Prabang early), but the conditions were pretty bad. The shuttle that takes you to the bus station at 18:00 didn't mention that you have to wait 2.5 hours at the station (food stalls close by the time you arrive). Also, the bus operators have no idea what assigned seats mean. It's mostly first-come first-serve and everyone ignores their ticket's seat number. It was a hassle finding a bed and the sheets smelled terrible.
Bus Express Sleeper 41, Naga Travel (นากา ทราเวล), Dec 13, 2019
AD
Andrew D
Stuck three of us in tiny compartment over engine at back of bus. Not impressed. These spaces not designed for three large western guys.
Bus Express Sleeper 41, Naga Travel (นากา ทราเวล), Sep 27, 2019
AB
Alexander B
Communication on what bus to get was poor, we got told to stay on transport which was going to Paksa when we were going to Luang Prabang. The driving was crazy and my partner was unable to sleep more than 2hrs. Air conditioning was good and bed wasn’t too bad.
Bus Express Sleeper 41, Naga Travel (นากา ทราเวล), Jul 22, 2019
AD
Anna D
We travelled with overnight bus from Vientiane to Luang Prabang. On the plus side - we arrived early (just in time for the sunrise alms-giving ceremony) and managed to get some sleep on the way. There was AC and we got blankets. On the minus side - we had to arrive at 18:00 in the Soutchai office, while the bus leaves at 20:30 from the Northern bus station. We first waited for the transfer from the office to the bus terminal. Our vouchers were changed into tickets there and we had to wait nearly 2 hours at the dirty station. The bus was there, but they would not let us in before the 20:15. The price of the ticket at the station was 150.000 kip, we paid twice the price (over 30$) per person through 12GoAsia. The reclining seats allows you to sleep if you are less than 170 cm. There is no toilet and no toilet stops on the way. Instead of 8:00am stated on the tickets we arrived at 5:20am. Also we arrived to Southern station in Luang Prabang, while our tickets stated that we will arrive at the Northern one. Still this trip was more restful than the other way round.
Bus Express Sleeper, Soutchai Travel (ບໍລິສັດ ສຸດໃຈທ່ອງທ່ຽວ ຈໍາກັດຜູ້ດຽວ), Jul 11, 2019
HE
Harald E
I bought the ticket via 12go and I am aware that they are only selling the ticket and are not operating the buses. The bus had 12-15 passengers, give or take, during the tour. The trip between Vientiane and Luang Prabang was interesting and I can summarize it as: Pro: - We made it all the way without any incidents . That said there was several near-misses and some serious incidents observed on the way (see below) - The driver of the bus was politely and friendly - The air-con was not to cold (which is often a problem on this buses) - Plenty of stops en-route (might be annoying for some) ensured that the engine - and most importantly - the brakes could cool down before continue the ride. Con: - We observed a truck involved in a "front to front" collision with another heavy vehicle. This caused some delays both southbound and northbound. - We observed an incident involving two motorcycles with at least two fatalities. Shocking! - I showed up the 1 hour before pick up (as instructed on the ticket) just to experience that I had to wait for 1 hour and 20 minutes for the pick-up. - At the bus station there was some confusion about which bus to take, wen it was leaving etc, but it was sorted out in the end. - The bus was old, noisy and had seen better days. But remember- this is Laos - The roads was bumpy, and to some extent, unpaved. But remember- this is Laos
Bus Standard AC, Naga Travel (นากา ทราเวล), Apr 29, 2019
BH
Bai H
Overall we managed to reach the destination safely and on time. However, we booked a sleeper van but we got a sleeper bus where the aircon broke down.
Van Regional 14pax, PTS Transit Service (คุณเป๋อ บริการ ขนส่ง), Apr 10, 2019
FS
Farrah S
The driver who picked me up was very helpful and kind. The bus left 45 minutes late, and we got to Luang Prabang 3 hours late. The bus smelled very moldy and made me cough. The bathroom was closed, which was very inconvenient for me because I was sick. Thankfully the driver stopped many times so we could use the bathroom. The bus service was kind about letting me have my own bed since I am bigger than most Asian people.
Van Regional 14pax, PTS Transit Service (คุณเป๋อ บริการ ขนส่ง), Apr 4, 2019
KS
Kirk S
Long and hard on the butt. All okay. Thanks!
Van Regional 14pax, PTS Transit Service (คุณเป๋อ บริการ ขนส่ง), Feb 20, 2019
CL
Clemens L
Bring some earplugs and you are fine.
Bus Express Sleeper 41, Naga Travel (นากา ทราเวล), Feb 16, 2019
3.5
79 customer reviews
5 5%
4 11%
3 24%
2 16%
1 44%

How to get from Vientiane Airport to Luang Prabang by Plane

Taking a flight is the fastest and easiest way to get from Vientiane Airport to Luang Prabang. In order to find the best deal, use our online booking service.

There are regular flights departing from Vientiane Airport to Luang Prabang so there are many options to choose from. Keep in mind, however, that a plane is a relatively expensive means of transportation. If you want to secure the best deal, it’s better to book a ticket in advance. It’s also a good idea to plan far ahead if travelling around popular travel seasons.

How far is it from Vientiane Airport to Luang Prabang?

According to Google Maps, the driving distance from Vientiane Airport to Luang Prabang B is 176 miles (282 km). A flying distance is shorter - it is approximately 135 miles.

How long does it take to get from Vientiane Airport to Luang Prabang by Plane?

Traveling by plane guarantees the fastest time to get from Vientiane Airport to Luang Prabang. The estimated Vientiane Airport to Luang Prabang travel time is 40m. Keep in mind, however, that getting to the airport, checking-in, and passing through security checks will take some time - it’s better to come to the airport at least an hour in advance if you are flying domestically and two hours in advance if it is an international flight.

The trip duration from Vientiane Airport and Luang Prabang is more or less the same whichever airline you choose to fly.

How much does it cost to get from Vientiane Airport to Luang Prabang?

There are a few ways to secure the cheapest airline tickets. Here are several hints on how to grab the best deals for flying from Vientiane Airport to Luang Prabang:

Best Rated Companies for This Route

The route from Vientiane Airport to Luang Prabang is operated by the following airlines: Lao Airlines, Lao Skyway. Most travellers who bought air tickets for this route with us, opted for . Yet all the carriers we offer enjoy good reputation and provide decent service.

Before booking your flight ticket, always check what is included into the airfare. Remember that checked luggage may or may not be included. Luggage allowance and carry-on luggage dimensions also differ from carrier to carrier. Budget airlines may require online check-in and make you pay for any extras like choosing your seat or onboard meals.