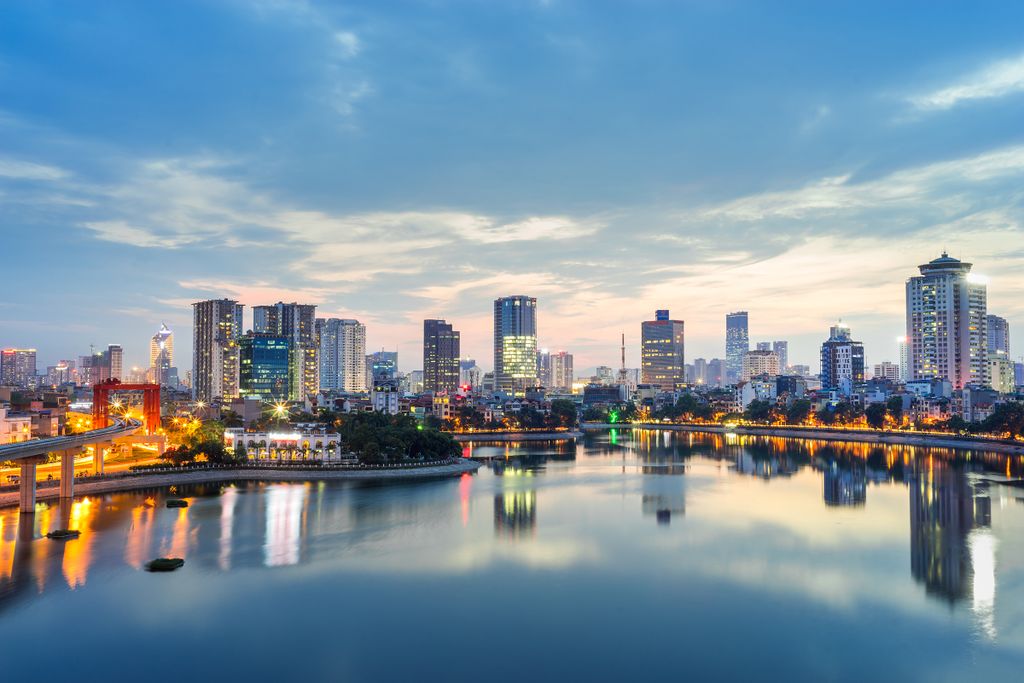 Buses from Vientiane to Hanoi

Transportation from Vientiane to Hanoi

TM
Tomas M
Ok trip, as mentioned somewhere before asians got seated first, westerners last. Procedure on the borderline was as described on the website - hectic and little bit confusing. We paid small fee/bribe on both sites (10000 kip pp, we got receipt on Laos side), we had few stops on the way for food, toilet etc. Temperature inside bus was ok. Departure and arrival was roughly one hour later than stated, but this is normal in asia. Overall ok.
Bus Semi Sleeper, HTX Van Tai 277 (HTX Vận Tải 27-7), Dec 2, 2019
GH
Grace H
We were pretty nervous about getting this bus after reading the very unnecessarily aggressive terms&conditions, but it really is fine BAR getting on at Vientiane. When we arrived, an hour before our ticket time (as instructed) it would seem we were actually 2 hours early. After reading so much about locals snatching tickets and forcing you to pay again, we were pretty concerned when lots of apparent bus pushers started trying to grab ours and put our bags on their busses. Turns out this ticket is not for a specific bus but any of the many that are parked there. After much pushing and grabbing and some arguing between the bus guys (and absolutely NO letting go of our ticket) we had no choice but to assume the bus we eventually got on would take us to Hanoi. Anyway once we got settled it was fine. The bus had no toilet (travelled on a Sunday) but we stopped every few hours. We stopped around 1am and everyone including the drivers went to sleep. Apparently because we were queued at the border ready for when it opened at 7am. Fully prepared for a chaotic border crossing we were actually very relieved to find that our bus guys and other locals were happy to point us clueless tourists in the right direction. In low season we were 2 of only 5 westerners we could see doing the crossing. In conclusion, it’s fair to lower your expectations, but the Laos staff are very nice, as long as your not expecting any special treatment. Prepare for stress at Vientiane.
Bus Semi Sleeper, HTX Van Tai 277 (HTX Vận Tải 27-7), Oct 24, 2019
J
Jayandjoy
Safely arrived in Hanoi on time. Staff can not speak English which seem to be normal. Overall Okay for me
Bus Semi Sleeper, HTX Van Tai 277 (HTX Vận Tải 27-7), Sep 23, 2019
TP
Tom P
The journey is fine and reasonably comfortable. But the level of completely blatant racism is just laughable. Asians are treated like people, westerners are treated like dirt. Every Asian was allowed on the bus to choose a seat prior to departure. We (having been the very first to arrive) were made to wait until the very end and were constantly shouted at for no reason. In the UK, the staff on this trip would have been fired within days.
Bus Semi Sleeper, HTX Van Tai 277 (HTX Vận Tải 27-7), Jul 6, 2019
CG
Carrelet G
They didn't stopped at my stop and I had to pay 500bath for a taxi to go to the stop.....
Bus Semi Sleeper, HTX Van Tai 277 (HTX Vận Tải 27-7), May 20, 2019
DP
David P
Bus left at 18:00 from Vientiane Southern Bus Station. As usual in Laos, it travelled quite slowly due to the numerous potholes and washouts in the road. The Bus made it into Nam Phao/Cau Treo Border post at 02:30, whereupon the driver, lined up in the growing queue of busses and turned off the engine (and therefore the AirCon). I was only just getting used to the various tonal snores of the various people when I dropped off myself. The bus driver and his offsider were helpful, though they didn't speak any English, giving me the nod when to get off the bus and where they would pick me up from. Get off at the Lao side, get stamped, walk about 1km to the Vietnam side, get your passport stamped, hopefully you have an e-visa and meet the bus. You have to then take your luggage off the bus and send it through the luggage scanner, collect it and wait while the border guards give the bus the once over. After they have, put your luggage back on and hi-ho away we go to Hanoi Nuoc Ngam Station. Bus was comfortable,in that I fell asleep a number of times. The AirCon is Arctic. They do give you a pillow and blanket, which is helpful, but wear thick socks and rug up. You HAVE to remove your shoes to get on the bus. They lay a strip of mattress on the aisle, so passengers can really stretch out and when you get off the bus, especially to the toilets, the ground is just plain filthy and you don't want to bring that back. They do provide you with slippers for when you get off the bus. However, either bring your own or buy some at Vientiane Southern Bus Station, which is what I did. All in all a good experience, The driver was exceptional as a driver, managing to avoid most of the potholes and just keeping the bus journey really smooth. Caught the Wednesday bus (with no on-board toilet or WiFi), rest stops about every 2 hours. Got into Hanoi Nuoc Ngam Station at 18:00.
Bus Semi Sleeper, HTX Van Tai 277 (HTX Vận Tải 27-7), Jan 11, 2019
CD
Connor D
We arrived 3 hours early and the bus staff did not assign us a seat until the last minute and gave us the worst seat at the back of the bus. I have been told this always happens to westerners.
Bus Semi Sleeper, HTX Van Tai 277 (HTX Vận Tải 27-7), Dec 13, 2018
3.9
48 customer reviews
5 6%
4 15%
3 13%
2 8%
1 58%

How to get from Vientiane to Hanoi by Bus

Taking a bus to get from Vientiane to Hanoi is a safe, comfortable and less expensive alternative for traveling this route. To popular destinations, bus companies operate multiple trips per day, often round the clock at 30-60 minute intervals. To less traveled destinations, there may be only 1 scheduled trip a day. The most common bus types are non-air-conditioned, air-conditioned, and premium buses.

It is best to reserve your tickets at least a few days ahead of your travel date. Check our list of bus companies available for online booking offering Vientiane to Hanoi tickets. When traveling on weekends and holidays it is recommended to reserve tickets much earlier due to higher numbers of travelers, both vacation-makers and urban workers returning home to their provincial home.

How far is it from Vientiane to Hanoi?

Traveling by bus, the distance from Vientiane to Hanoi depends on the route taken. Most bus companies travel via expressways or tollways. This may not necessarily be the shortest route but it is the fastest one as normally there is less traffic and no traffic lights.

To get to certain island destinations which are not connected to the mainland by a bridge, buses board large car ferries. Passengers are usually asked to get off the bus, but there is no need to take your luggage from the bus. The travel distance from port to port is added to the total distance.

How long does it take to get from Vientiane to Hanoi by Bus?

The estimate travel time from Vientiane to Hanoi is about 1d. Note that traveling by bus is slower compared to driving your own car or getting a taxi. Depending on the departure time congestion between Vientiane and Hanoi may differ greatly There is usually more traffic between morning until afternoon during weekdays than during weekends.

Another important factor that may affect travel time is the type of bus. Premium or VIP buses are usually faster as they use motorways and call to fewer bus stations (if any) en route. Buses normally make short 10-30-minute breaks after a few hours of continuous travel to allow passengers use bathrooms, stock up on munchies and let bus attendants and the driver have rest.

Some premium buses have onboard toilets and the second driver. Nevertheless, usually they still make en route stops for a quick lunch or fuel refill.

How much does it cost to get from Vientiane to Hanoi by Bus?

The ticket price from Vientiane to Hanoi can vary depending on the type of buses you choose. For a less expensive ticket consider non-air-conditioned or ordinary buses. Premium or luxury buses are more expensive but you can expect more comfort and some additional services like phone charging ports, personal entertainment system screens and toilets.

To help you plan your trip, here is the Vientiane to Hanoi timetable of bus departure and arrival times.

Best Rated Companies for this Route

Bus companies differ a lot in quality and service they provide. When choosing a bus company for you travels, do some basic research before you buy your tickets.

Safety is one of the most important aspects to consider. We also recommend you checking reviews on overall service quality of the bus companies serving this route.

Our service only partners with reliable and trustworthy bus companies. We do our best to provide your a choice of the best operators available on each route.